Beta-Alanine vs Creatine (Which Builds the Most Muscle?)

Bulking
Supplements
By Mark / a few months ago 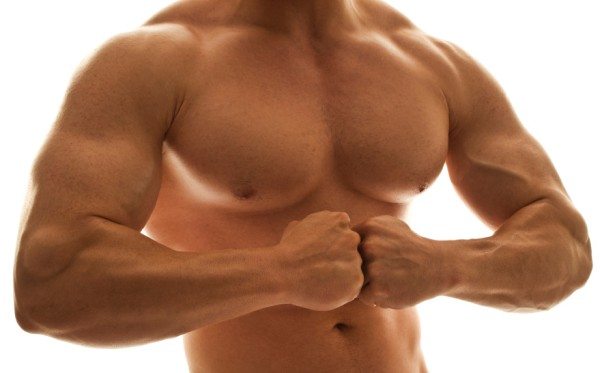 Which is the better bodybuilding supplement...Beta Alanine or Creatine? It's a tough choice, so check out this articles to see which is the right choice for you. You may be surprised...

Quick Navigation
Beta-Alanine vs Creatine: Which Supplement Should You Choose?
Beta-alanine
Creatine
Make the Right Choice

Beta-Alanine vs Creatine: Which Supplement Should You Choose? Supplements are a great asset...if you make the right choices.

Beta-alanine is one of the only naturally occurring beta-amino acids. It is non-proteinogenic, meaning it is not used to build proteins. The body doesn’t produce beta-alanine directly from foods, as occurs with other amino acids.

This beta-amino acid comes from dipeptides such as anserine, balenine and carnosine. It’s the breakdown of these dipeptides during digestion that allows the body to use beta-alanine. By increasing carnosine levels in the muscle through supplementation with beta-alanine, bodybuilders are able to benefit in a number of surprising ways.

Beta-alanine supplementation helps increase athletic performance by increasing aerobic and anaerobic endurance and increasing lean mass. It also increases strength and allows the athlete to train for longer periods of time, helping the athlete combat episodes of fatigue during training.

It offers the additional benefit of decreasing acidosis which can limit the build-up of lactic acid in the body. The greatest benefit of increasing carnosine levels through beta-alanine supplementation is seen in athletes who perform high-intensity exercises.

In one of the first studies conducted on the effects of beta-alanine supplementation, participants were divided into four groups. One group received a placebo, while the other groups received 800 mg of beta-alanine, 20 g of creatine monohydrate or a combination of creatine and beta-alanine.

Another study focused on boxers who supplemented their diet with beta-alanine. These boxers consumed beta-alanine four times a day, ingesting 1.5 g at a time.

With supplementation, these athletes were able to increase their punch force and punch frequency significantly. Athletes who engage in activities HIIT, Cross-Fit or train with high reps to exhaustion will greatly benefit by adding beta-alanine to their diet.

Creatine supplementation helps with high intensity training. Whether you’re doing high intensity interval training or engaging in strength training that has you lifting very heavy and performing fewer reps per set, creatine will help you get through your workout routine.

One study in California found that supplementing with creatine increases performance for short and intense strength training exercises.

A study conducted in New Jersey revealed that resting levels of testosterone were increased by participants after 10 weeks of using the supplement.

In this study 33 male subjects were divided into groups they were given either a placebo, creatine or a combination of creatine plus beta-alanine. After 10 weeks of strength training, the creatine group was found to have higher levels of resting testosterone.

The most profound increases were found in myogenic satellite cells, which are key in helping the body maintain and regenerate skeletal muscle.

Creatine comes in pills, liquid or powdered form. The recommended dosage is 5 grams per day. Some advocate an initial loading phase, which involves taking 20 grams of creatine for the first 5 days and then lowering the dosage to 5 grams per day.

For the purposes of bodybuilding, both beta-alanine and creatine will help you get greater results from your workout routine. Beta-alanine will help you perform better with high-intensity workouts like interval training, Cross-fit and high rep training.

Creatine will help you with all those things plus can help you increase your testosterone levels. Your workout goals will help you decide which supplement is right for you.

Optimum Nutrition Amino Energy Review (Should You Take It?)