Supplements
By Mark / a few months ago 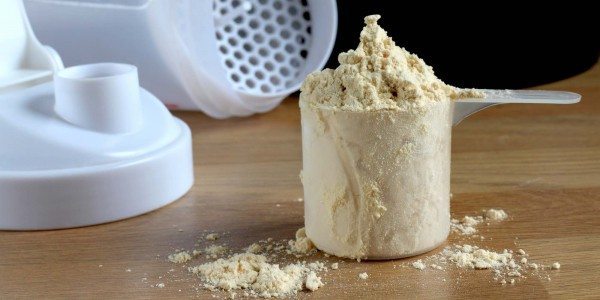 Creatine is a great supplement ingredient, but it comes in many forms. Which one is right for you? Let’s compare two of the most popular choices.

Quick Navigation
The Two Combatants: Creatine Monohydrate and Creatine HCL
What is Creatine?
Increase Your Strength
Increase Lean Mass
Increase Athletic Performance
What’s the Difference?
The Benefits
So Which is The Winner?

Let’s get ready to rumble. It’s time for another gym showdown. In one corner there is creatine monohydrate. It’s the most popular form of creatine in the supplement market. In the other corner we have creatine HCL. Creatine is a powerful option...but which form is right for you?

Some think it’s the best creatine on the market while others think it’s rubbish. Let’s look at the facts about these two dietary supplements and decide who wins.

Creatine is a substance that’s naturally produced by the body. As with many of the processes that occur in the body, creatine monohydrate has to undergo a transformation before the body can use this substance.

Creatine is turned into creatine phosphate, which is then used to help make ATP within the body. ATP (adenosine triphosphate) is what helps produce the energy needed in order for your muscle to be able to contract. By supplementing your diet with creatine monohydrate, you will experience increases in strength, lean mass and athletic performance.

One of the greatest benefits of supplementing with creatine is that it helps increase your strength faster. Numerous studies have shown that creatine supplementation results in faster increases in strength than training alone.

Another study aimed at men and women over the age of 65 revealed similar results. These participants engaged in resistance training two days a week for six months and supplemented their diet with either creatine or were given a placebo.

With increases in strength and lean mass, comes an increase in athletic performance. Athletes that engaged in various types of sports including swimming, rowing, cycling and bodybuilding were tested on their performance levels.

Those who supplemented with creatine experienced performance increases ranging from 5% to 20%. Although all athletes were able to perform better with creatine supplementation, those engaging in sports that required shorter work periods experienced the greatest increases.

Creatine HCL is purported to be a more concentrated version of creatine monohydrate and for that reason it’s absorbed 60% more easily by the body.

So Which is The Winner?

In this showdown, the combatants are fairly evenly matched. Both creatine monohydrate and creatine HCL will help you get stronger, leaner and improve your athletic performance.

The only difference is that creatine HCL is said to have a higher absorption rate with none of the side effects.