Bulking
By Mark / a couple of weeks ago 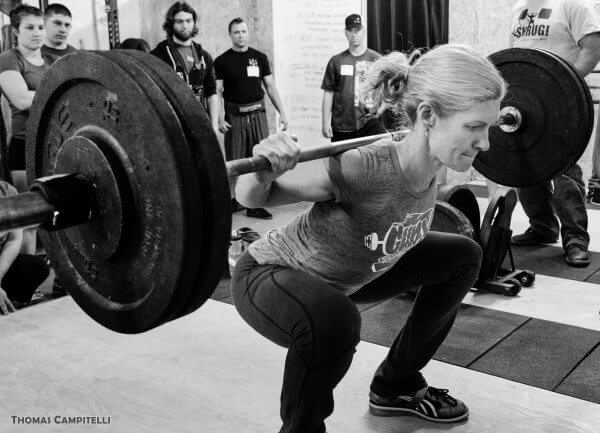 Working out with heavier weights or doing more reps? Compare the two options and see which delivers the best results in the gym for muscle builders.

High Reps vs Heavy Weights - Work Out Harder or Longer?

You need to lift heavy to get the best results...you can do it!

The Benefits of High Reps

Working out with rep ranges that are above 15 per set is a good way to increase your endurance. After lifting a weight 60 times for 4 sets, your arms, legs, or shoulders will be very tired.

Initially, you will feel completely exhausted, but over a period of time you will notice that you can last longer when performing the exercise. Endurance training is great for athletes engaging in sports like football, baseball and running.

Trying to lose body fat with cardio is possible, but that generally leads to a loss of fat and muscle. After working out for months or years to gain lean mass, you don’t want to burn off even an ounce of it when you are dieting.

High repetitions will help you avoid losing muscle along with fat. The greatest benefit to using high reps to help you burn fat is through the excess post-exercise oxygen consumption (EPOC).

So, not only will you burn more fat during your workout, you'll keep burning it long after you've completed it.

“High reps have been touted as being the best route to take if you want to increase muscle size and burn fat.”

The participants were divided into two groups with one group resting for a period of 45 seconds between sets while the other group rested for two minutes between sets.

At the end of the study it was found that the group that had a rest period of only 45 minutes had a higher level of growth hormone than the group resting for a longer period of time.

The Benefits of Using Heavy Weights

If you are looking to get stronger, then heavy weights are the best way to increase strength. In a study conducted among cyclists, 23 participants were divided into two groups.

The group that lifted heavy had greater gains in strength than the group lifting light weights and higher repetitions.

If you study powerlifters who train hard to lift hundreds of pounds in competitions, you’ll find that they always perform between 1 and 5 reps per set and take long breaks (up to 5 minutes) in between sets. If you want to get stronger, lift heavy.

While lifting extremely heavy will make you stronger, moderate lifting has been shown to give the greatest increases in muscle size. Using a rep range between six and 12 coupled with slow, controlled movements is the best way to increase the size of your muscles.

The combination of a slightly higher rep range and slow movements increases the damage to your muscle fibers. This damage is what makes your muscles grow back stronger and bigger (after proper eating and rest).

Choose the Right Option for Your Workout Goals

How to Grow Your Muscles Faster: Foods For Muscle Mass