What Is Waxy Maize…and Why Do You Need It? 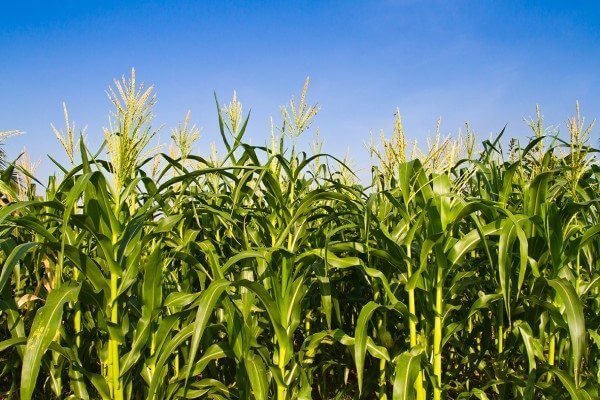 Many bodybuilders swear by waxy maize as a vital part of their fitness regimes. Find out what waxy maize is and why it is important.

Bodybuilders are always seeking the best way to get optimal nutrients post-workout in order to get as much lean mass as they can. They scour health food stores and the internet searching for the best carbs to take with their post-workout meal.

Waxy maize is growing in popularity as a supplement.

What is Waxy Maize?

Waxy maize is a complex carbohydrate that comes from waxy corn. This type of corn originated in China in 1909 and is superior to other types of corn due to its high content of amylopectin. Amylopectin is a branched polysaccharide with a high molecular weight.

The molecular weight of amylopectin is 100 times greater than other forms of carbohydrates. In addition to this, amylopectin, as opposed to other simple carbohydrates, is slowly absorbed into the body. Waxy maize can be used to help give sustained energy levels, increase endurance, increase recovery rate and restore glycogen levels.

Waxy maize can provide athletes with sustained energy levels due to the high content of amylopectin. Amylopectin is a type of carbohydrate that digests slowly, but easily, in the body. Amylopectin (a polysaccharide) is composed of long chains of monosaccharide that are united by glycosidic bonds.

Due to the complexity of this structure, amylopectin takes time to be broken down into glucose by the body. This process, in turn, will provide the body with sustainable energy over a period of time in contrast to the fast energy jolt that the body gets when consuming simple sugars.

In contrast, foods with a low glycemic index are slowly used by the body and, therefore, can help an athlete throughout his workout routine.

In studies conducted among endurance athletes like marathon runners, triathletes, cyclists and cross country skiers, a significant difference between carbohydrates found in sports drinks and waxy maize was noted.

When supplementing their diet with waxy maize, these athletes found that they were able to train longer and they recovered faster from their workouts.

Waxy maize also increases the rate at which the body breaks down fat. This is very useful for endurance athletes because when the body uses up glycogen stores it turns to fat to fuel the workout. If fat is easily broken down by the body, the athlete will be able to continue training without issues.

Using waxy maize post-workout will help increase your rate of recovery. After an intense weight training session, your body requires protein and carbs to help repair your muscles. If the body is not able to recover well, you could experience dehydration, fatigue, and you could have lots of problems concentrating.

By supplementing your diet with waxy maize, you could avoid all this. When taken in conjunction with a post-workout protein drink, waxy maize combines with protein to increase protein synthesis.

The faster your body assimilates amino acids derived from the protein you consume, the faster it can recover, make you stronger and get you prepared for your next workout.

Not only does waxy maize help strength training athletes recover faster from their gruelling workouts, it gives them a great pump during workouts. Bodybuilding athletes reported a feeling of having fuller muscles after supplementing their diet with waxy maize.

Compared with other carbohydrates, waxy maize has the ability to recharge glycogen levels 70% faster. It also has a rate of absorption that is 80% greater than other types of carbohydrates.

By quickly increasing glycogen levels post-workout, you will guarantee that your body will have enough energy to help you effectively get through your next workout.

Waxy maize is a dietary supplement that will benefit strength training athletes in a few ways. It will provide you with sustained energy levels, increase your endurance, increase your rate of recovery and help you quickly restore glycogen levels that are depleted during your workout.

Bodybuilders need to add waxy maize to their post-workout drink to make sure they will have all the nutrients they need to keep getting huge.

Ligandrol Review: Everything you need to know about this SARM

Everything you need to know about Fat Burners

How to do Goblet Squats with Perfect Form (Great Exercise)

I am an experienced bodybuilder and qualified personal trainer who specializes in strength training, conditioning and building muscle. I can help you become much bigger, stronger and leaner - faster! To discover my simple secret weapon, click here.