What Mr. Olympia Winners Can Teach You About Bodybuilding

Fitness
Motivation
By Mark / 9 months ago 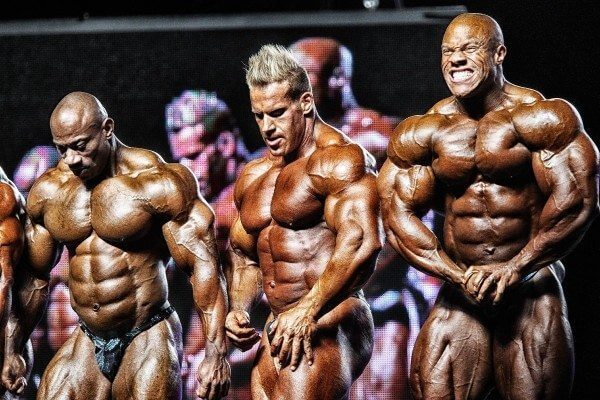 If you want to build an amazing body, you need to learn from the pros who have reached the very top of their profession and won Mr. Olympia.

Quick Navigation
The Journey of the Mr. Olympia Winners
The Elite Group of Winners
Learning from Larry Scott
The Most Famous Bodybuilder of All: Arnold Schwarzenegger
Champion from the UK: Dorian Yates
Lee Haney and Ronnie Coleman
Taking Things One Step Further: Phil Heath
Summing Up the Mr Olympia Winners

The Journey of the Mr. Olympia Winners

Every year since 1965, at Joe Weider’s Olympia Fitness and Performance Weekend, the title of Mr. Olympia is awarded to the professional bodybuilder that stands out among all the rest. After years and years of hard work, these men have been able to go on to fame and fortune.

The Elite Group of Winners

Only 13 men have gone on to win the Sandow trophy that indicates the ultimate success in bodybuilding. These are some of the winners of the Sandow trophy: Larry Scott, Arnold Schwarzenegger, Dorian Yates, Lee Haney, Ronnie Coleman and Phil Heath.

Each of these men imparted important lessons about bodybuilding and about life. You can learn a lot simply by taking their advice.

Larry Scott was the first Mr. Olympia. He won the title of Mr. Olympia in 1965 and 1966, but he won his first trophy in 1959 when he was awarded the title of Mr. Idaho. He went by nicknames like “The Legend” and “The Golden Boy” and was credited with helping to bring the sport of bodybuilding to the attention of the world.

Larry Scott was famous for saying, motivate the mind and the body will follow. This man knew that one of the most important components in becoming a successful bodybuilder involved the belief that it was possible.

As for training, Larry Scott had various ideas, but one thing he said sums it all up nicely. He said, “No matter how much you think you have designed a perfect training system, your body will prove to you that you are wrong.”

The Most Famous Bodybuilder of All: Arnold Schwarzenegger

There is no one more famous in the world of bodybuilding than Arnold Schwarzenegger. This man won the title of Mr. Olympia seven times and then went on to become an actor and a politician. He was so influential in the bodybuilding world that he got an exercise named after him and that exercise is the Arnold Press.

When it came to training, Arnold Schwarzenegger believed in the mind body connection. Some of the lessons imparted by Schwarzenegger were to stay focused during training, train harder than everyone else, and vary your exercises.

Another important lesson was to prioritize weaknesses. If you have weak shoulders, legs or biceps, focus on those areas and get them up to par with the rest of your body.

Champion from the UK: Dorian Yates

Dorian Yates is a six-time Mr. Olympia winner who, after his success in bodybuilding, went on to start various businesses including a gym, an athletic apparel company, and a bodybuilding supplement company.

Dorian Yates was known for high-intensity training which advocated shorter workout periods. This type of training, according to Dorian Yates, resulted in maximum muscle stimulation.

Dorian Yates’ training technique was quite different from that of other Mr. Olympia winners. Yates trained for an hour 4 times a week and did only one exercise per set to failure.

He believes in the importance of cardio, which he did three times a week and he focused on short term goals like increasing weight on the bench press by five pounds a month.

Lee Haney won the title of Mr. Olympia eight times. After his success in bodybuilding, Lee Haney went on to star in his own TV program called TotaLee Fit with Lee Haney.

On his show, he espouses the importance of physical and spiritual growth. The most important bodybuilding lesson given by Lee Haney was: train to stimulate, not annihilate.

Like Haney, Ronnie Connie was an eight-time Mr. Olympia. After dominating the world of bodybuilding, Coleman started Ronnie Coleman Nutrition in 2011.

His lessons to the bodybuilding world were simple. According to Coleman, bodybuilding success is the result of hard work and training. He also noted that without dedication, determination and a strong faith, your bodybuilding efforts will fall short.

Summing Up the Mr Olympia Winners

Mr. Olympia winners trained differently and all achieved outstanding results. The best lessons you can learn from these athletes is to train hard, eat right and find out what works best for you.

And the next time you are getting ready to lift some heavy weight, remember the words of Ronnie Coleman, “It ain’t nothing but a peanut.”

What Is Waxy Maize…and Why Do You Need It?