Review: Will Citrulline Malate be the Next Big Thing in Bodybuilding?

Supplements
By Mark / 6 months ago 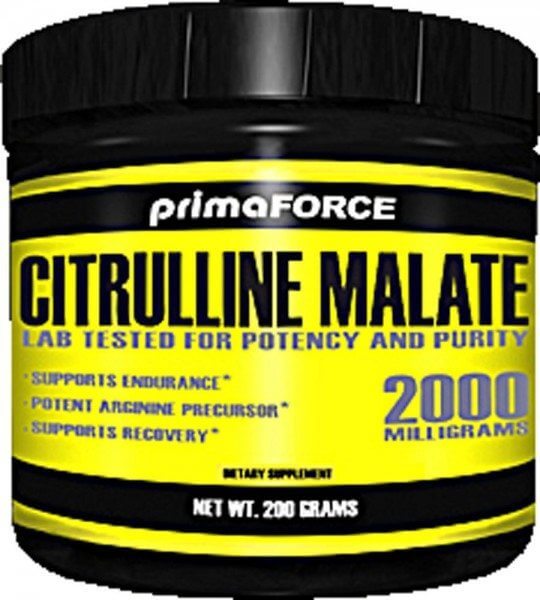 Welcome to our review article about Citrulline malate!

Serious bodybuilders are now talking about Citrulline Malate...but how good is it, really?

Find out the truth about this bodybuilding supplement and whether it should be part of your gym nutrition regime by reading our pros, cons and benefits below!

Dietary supplements used by the average person may or may not be beneficial to them, but for bodybuilders supplements are a requirement. You work out hard in the gym and you put your muscles under constant stress.

For this reason, you need supplements to help your muscles recover as quickly as possible. One supplement that is getting more popular among bodybuilders is citrulline malate. It’s getting lots of attention…but will it be the next big thing in bodybuilding? Citrulline Malate has grown to become very popular in a short period of time.

What is Citrulline Malate?

Citrulline is one of the nine essential amino acids needed by the body. It’s produced during the urea cycle when ornithine (a non-proteinogenic amino acid) is combined with carbamoyl phosphate. Malate (also known as malic acid) is a salt compound. When malate and citrulline are combined in supplements, they become stable, making these substances available to be used by the body.

There are a few benefits that can be derived by supplementing your diet with citrulline malate. It can help you fight fatigue, increase blood flood and muscle pump, work out longer, recover faster and improve your brain function.

Citrulline malate helps fight fatigue through the process known as the urea cycle. During this cycle, nitrogen waste is excreted from the body. Ammonia is also produced during this cycle and excess levels of ammonia contribute to fatigue in the body. When supplementing with citrulline malate, the urea cycle is accelerated. This acceleration allows ammonia to be dissolved before it can make you feel tired.

Getting rid of excess ammonia in the body will do wonders for your workout. When high levels of ammonia are present in the body, muscle pH decreases. This leads to the accumulation of lactic acid, which leads to fatigue. Supplementing with citrulline malate delays the decrease in muscle pH, thereby allowing you to workout longer. Spanish researchers conducted a study in 2010 that examined the effects of fatigue on strength athletes.

These athletes were divided into two groups. One group took citrulline malate and the other group took a placebo. They were then tested to see how many reps they could perform while doing the bench press. Participants who took citrulline malate were able to perform 50% more repetitions than those who took a placebo. In addition to this, participants reported less muscle soreness after working out.

Citrulline malate also helps you recover faster by strengthening your immune system. Spanish researchers decided to conduct a study on professional cyclists. These athletes undergo rigorous training sessions that often leave them with a lowered immune system and illnesses that affect the upper respiratory system.

When supplementing with citrulline malate, these professional cyclists experienced positive results. Generally, after intense exercise, the body’s immune system gets put on hold. Cyclists who supplemented with citrulline malate experienced a delay in this automatic suppression of the immune system that occurs after exercise. This indicated that this supplement can help protect athletes from the effects of overtraining.

Not only will supplementing with citrulline malate help your body, it will help your brain as well. This supplement can improve your memory, make you more alert mentally, and increase energy. It also provides users with a feeling of well-being and makes them feel more relaxed.

Citrulline malate is the next big thing in bodybuilding. It will help you fight fatigue, increase blood flow to your muscles and help you recover faster from your workouts. It will also help improve your memory and your mood.

If you want to get the most out of your workouts, you have to add citrulline malate to your arsenal of dietary supplements.

Is Drinking Red Wine Better than Working Out at the Gym?