Motivation
By Mark / 8 months ago 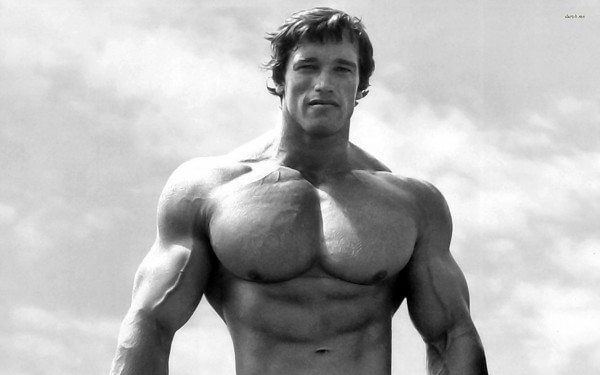 Be inspired by these quotes from Arnold Schwarzenegger,  the world's greatest bodybuilder and highly-successful actor, politician and author.

When it comes to achieving your goals in life, few people can even come close to comparing with Arnold Schwarzenegger. The ‘Austrian Oak,’ ‘The Terminator,’ ‘The Governator’ – whatever you want to call him, there is no doubt that his has achieved a great deal. Listen to what Arnie tells you, or else!

Schwarzenegger certainly wasn’t born with a spoon in his mouth. A poor farm boy growing up in rural Austria, he seemed destined to spend his life tending sheep and yodeling.

Instead, he became the most successful bodybuilding champion of this day, the world’s highest paid movie actor and then a two-term Governor of California. As he says himself, if his life was a movie, no-one would believe it…it would just be too far over the top! Arnold Schwarzenegger is an inspiration to bodybuilders everywhere.

So the big man provides us with a fantastic role model follow, both in terms of building our own bodies, and in achieving our life goals in general. Fortunately, he has been very generous with dishing out quotable quotes during his lifetime.

From his days as seven-time Mr. Olympia through to running the world’s twelfth-largest economy, he has never shrunk from saying what he thinks. So take a tip or two from Arnie, and you could seriously improve your chances of achieving more of your life’s goals, too.

Here are our favorite top 25 motivational workout gym quotes from Arnold Schwarzenegger. These are some of the best ever quotes about inspiration and motivation in the gym. Who knows, maybe they could help turn you into the next superstar bodybuilding champion.

“As a kid I always idolized the winning athletes. It is one thing to idolize heroes. It is quite another to visualize yourself in their place. When I saw great people, I said to myself: I can be there.”

“When I was ten years old I got this thing that I wanted to be the best in something, so I started swimming. I won championships, but I felt I couldn’t be the best. I tried skiing, but there I felt I didn’t have potential.

I played soccer, but I didn’t like that to well because there I didn’t get the credit alone if I did something special. I just avoided team sports from then on. Then I started lifting through the other sports and I enjoyed it the most.

​I won the Austrian championship in 1964 but found out I was too tall. So I quit that and went into body building. Two years later I found out that that’s it-that’s what I can be the best in.”

“The last three or four reps is what makes the muscle grow. This area of pain divides the champion from someone else who is not a champion. That’s what most people lack, having the guts to go on and just say they’ll go through the pain no matter what happens.”

“There are no shortcuts—everything is reps, reps, reps.”

“Strength does not come from winning. Your struggles develop your strengths. When you go through hardships and decide not to surrender, that is strength.”

Like a sculpture. Then after looking at it a sculptor goes in with his thing and works a little bit, and you do maybe then some extra forced reps to get this lower part out. You form it. Just like a sculpture.”

“Not many people understand what a pump is. It must be experienced to be understood. It is the greatest feeling that I get. I search for this pump because it means that that my muscles will grow when I get it.

I get a pump when the blood is running into my muscles. They become really tight with blood. Like the skin is going to explode any minute. It’s like someone putting air in my muscles. It blows up. It feels fantastic.”

If you need motivation in the gym, Schwarzenegger has plenty of quotes to offer.

“The mind is the limit. As long as the mind can envision the fact that you can do something, you can do it, as long as you really believe 100 percent.”

“Training gives us an outlet for suppressed energies created by stress and thus tones the spirit just as exercise conditions the body.”

“For me life is continuously being hungry. The meaning of life is not simply to exist, to survive, but to move ahead, to go up, to achieve, to conquer.”

“The best activities for your health are pumping and humping.”

“I knew I was a winner back in the late sixties. I knew I was destined for great things. People will say that kind of thinking is totally immodest. I agree. Modesty is not a word that applies to me in any way. I hope it never will.”

“Learned helplessness is the giving-up reaction, the quitting response that follows from the belief that whatever you do doesn’t matter.”

“A beginner does eight repetitions of a certain exercise with his maximum weight on the barbell. As soon as it hurts, he thinks about stopping. I work beyond this point, which means I tell my mind that as soon as it starts aching it is growing.

​Growing is something unusual for the body when you are over eighteen. The body isn’t used to ten, eleven, or twelve reps with a maximum weight.

Then I do ten or fifteen sets of this in a row. No human body was ever prepared for this and suddenly it is making itself grow to handle this new challenge, growing through this pain area. Experiencing this pain in my muscles and aching and going on is my challenge.”

“Failure is not an option. Everyone has to succeed.”

“What I’m doing is the thing I want to do. I don’t care what other people think. If the rest of disagrees and says I shouldn’t waste my time, I still will be a bodybuilder. I love it. I love the feeling in my muscles, I love the competition, and I love the things it gives me.

I have never really had to work in my whole life. I’ve never had an eight to six job…I’m totally independent. So, I…..feel…if I would live again or if I would be born again, I would do exactly the same thing.”

“Just like in bodybuilding, failure is also a necessary experience for growth in our own lives, for if we're never tested to our limits, how will we know how strong we really are? How will we ever grow?”

“The only way to be a champion is by going through these forced reps and the torture and pain. That’s way I call it the torture routine. Because it’s like forced torture. Torturing my body. What helps me is to think of this pain as pleasure.

Pain makes me grow. Growing is what I want. Therefore, for me pain is pleasure. And so when I am experiencing pain I’m in heaven. It’s great. People suggest this is masochistic. But they’re wrong. I like pain for a particular reason. I don’t like needle’s stuck in my arm. But I do like the pain that is necessary to be a champion.”

“Good things don’t happen by coincidence. Every dream carries with it certain risks, especially the risk of failure. But I am not stopped by risks. Supposed a great person takes the risk and fails.

Then the person must try again. You cannot fail forever. If you try ten times, you have a better chance of making it on the eleventh try than if you didn’t try at all.”

“Most bodybuilders only have a hazy notion of what they want to look like. They do not say, ‘I am going to be a winner.' The negative impulses around the gym can be incredible. I would hear bodybuilders complaining, ‘Oh,no! Not another set!' That destroyed them. I have always believed that if you're training for nothing, you're wasting your effort!” Many of the most motivational gym quotes come from Arnie.

“We all have great inner power. The power is self-faith. There's really an attitude to winning. You have to see yourself winning before you win. And you have to be hungry. You have to want to conquer.”

So there you have it. A whole bunch of gems that should get you off the sofa and into the gym. Remember that whatever obstacles you are facing, there are ways to get around them. Arnie was told that a boy from Austria could never become Mr. Olympia in America.

Agents told him that his thick accent and unusual body meant he could never be a leading Hollywood actor. Critics said that Californians would never select a bodybuilder with no experience as their Governor. Schwarzenegger refused to listen, and he went on to prove them all wrong.

So whatever obstacles you face in life, remember that there are ways to overcome. Use Arnie’s quotes to inspire you and to help you realize your potential. Ready to start? Great. Then you had better start packing your gym bag…you have a big workout to do today, right?

How to Motivate Yourself to Resist Temptation and Eat Clean