Powerlifting Versus Bodybuilding: How Are They Different?

Life
By Mark / 9 months ago 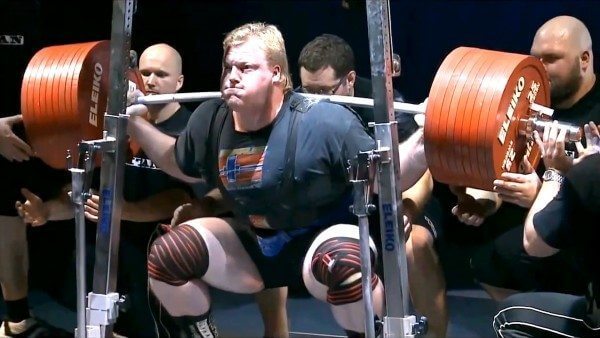 Both powerlifting and bodybuilding involve lifting weights, yet they are very different. Discover what the difference is and what it means to you.

Powerlifting and bodybuilding both involve improving the amount of muscle mass you have. Both of these forms of increasing muscle mass employ lifting weights, adhering to a proper diet and getting the right amount of rest on a daily basis. The difference between these two forms of athletics lies in the desired outcome.

As the name implies, powerlifting is an individual sport done solely for the purpose of increasing strength and showing the world just how strong you are. In this sport, competitors attempt to lift as much weight as they can in three different compound lifts. These lifts are the squat, the bench press, and the deadlift.

Training for powerlifting competitions is intense. It's all about your one rep maximum. For this reason, powerlifters lift heavy weights with only three to four repetitions. A training method known as general physical preparedness (GPP) is also used by powerlifters.

General physical preparedness takes the workout out of the gym. Some excellent GPP exercises are sled dragging, filling a wheelbarrow with weight and pushing it around and flipping tires.

These real-world exercises are grueling, but they have the added benefit of making your muscles work in different ways so when you get back in the gym your lifts increase.

The actual competition has many different facets. First, the powerlifter has to be put in a certain weight class. Unlike bodybuilding, powerlifting doesn't require stringent weight loss when it's time to compete, so the competitor just has to sign up according to his weight.

The competition revolves around the three exercises listed above and the powerlifter gets three chances, on each exercise, to complete his one rep maximum. These one rep maximums usually range anywhere from 300 to more than 1000 pounds.

The last thing to consider is the powerlifting diet. Since powerlifters are not concerned with low body fat, they tend to eat more food than bodybuilders. Protein intake can be as high as 35 percent, with carbohydrate and fat intake making up the rest.

Bodybuilding is more about having a physique that's pleasing to the eye. The focus in bodybuilding is on low body fat and hypertrophy (making muscles grow bigger). Unlike powerlifting, bodybuilders don't focus on just three lifts. They use a combination of free weights and machines to get a sculpted body.

A bodybuilding workout usually involves working several different muscles on various days throughout the week. The splits can span anywhere from three to five days and each workout focuses on a different body part.

The splits can also be divided into body sections such as working out the upper body and lower body. Another method is to work out complementary body parts on different days. An example of this type of workout would be working biceps and triceps on one day and working out the chest and back muscles on another day.

Another difference between bodybuilding and powerlifting is the number of repetitions done for each exercise. While powerlifters focus on low reps and using the heaviest weight possible, bodybuilders use higher repetitions to reach their goal.

A bodybuilder will aim for 8 – 10 repetitions per exercise. Like powerlifters, they also employ the use of progression in their workouts. Progression involves increasing the amount of weight used when the standard number of repetitions is easily achieved.

If a bodybuilder lifts 200 pounds when doing a bench press and completes 8 repetitions with difficulty, he will increase the weight to 210 when he can do more than 8 reps with 200 pounds.

Bodybuilders need to follow a special diet. This diet should focus on getting the right balance of protein, carbohydrates, and healthy fats.

Protein should account for about 20% of your diet, with carbohydrates and fats making up the rest. That number fluctuates depending on whether the goals are fat loss or muscle gain.

As you can see, powerlifting and bodybuilding are quite diverse. One is focused on lifting for strength while the other one addresses the issue of having low body fat and a fabulous looking physique. While the outcome may be different, they both involve motivation, dedication and a desire to be the best.

How to Get Six-Pack Abs Without Any Exercise Equipment