Fitness
By Mark / 4 weeks ago

Welcome to my Lit Pre-Workout review. I’ll go through the benefits and side effects of this supplement a bit further down the article, but first, an introduction into what Lit Pre-workout actually is.

Have you ever felt like you are working out really hard, but you just don’t feel the results coming as smoothly as you’d want them to?

Or perhaps you always feel like your energy levels start to slow down after just a few minutes of some somewhat regular workouts?

This can be frustrating. Personally, I experienced such issues when I was starting off my fitness journey.

I’m also aware of some advanced athletes who find themselves struggling a bit while in the gym yet they want to maximize on their efforts by making sure that each second they spend in the gym counts.

The solution here is to get hold of a pre-workout supplement.

As the name suggests, these are the compounds that you take a couple of minutes before hitting the gym.

Pre-workout supplements are formulated to be fast acting, and this ensures that your body absorbs them quickly and that they reach their target sites to make your workouts more productive.

How so? Well, these supplements will boost your energy levels, endurance and stamina.

Some of them will even go as far as promoting mental clarity.

Let’s find out how well it performs:

Lit Pre workout is a supplement manufactured by Beyond Raw to replace one of their other somewhat standard pre-workout supplement known as Savage.

So, is Lit Pre Workout an improvement of Savage or have they just been given us the same standard product under a different name?

According to Beyond Raw, Lit Pre workout has a unique formula that will benefit the user in various ways:

With increased power and energy, you shouldn’t just be able to spend more time in the gym, but you should also see yourself lift heavier weights.

This is very helpful when you are looking to expedite your progress.

Another notable benefit of Lit Pre Workout is how it enhances mental clarity.

Why is this so important? You know, you could have all the energy and strength you need to hit the gym like a beast, but if you are distracted mentally, then you won’t achieve anything.

Even worse, mental distraction can result in severe accidents in the gym which could then sideline you for quite a long time.

Beyond Raw also claim that their supplement will boost strength and build massive pumps which should improve muscle growth drastically.

Also, there’s always something about massive pumps that will motivate you into working out harder and for more extended hours.

Now, how exactly does Lit Pre Workout work to deliver the said benefits? It’s at this point that we now started to dig deep into the ingredients contained in this supplement.

Looking at the Lit Pre Workout formula, I was delighted to see some really good ingredients. The supplement contains just 7 active compounds that are supposed to attain all the claimed benefits.

Of the 7 at least half of them are some decent ingredients with scientific backing.

Sadly, we also noticed the absence of great ingredients that could have really improved the performance of this supplement.

With that said, here are the ingredients contained in Lit Pre Workout:

Beta-Alanine improves performance levels by suppressing the secretion of lactic acid which results in fatigue. Some trials also show that it can help with increasing lean mass, and boosting endurance and power.

However, exceeding the recommended dosages will result in flushes and tingling.

Creatine helps in the production of adenosine triphosphate (ATP). ATP boosts the contraction of muscles, and it also helps in increasing energy levels and enhancing endurance.

On its own, Creatine should be free from adverse reactions. However, when it is combined with other supplements and used for a prolonged period, it can result in renal and liver complications.

Since Creatine is combined with other ingredients here, you’ll have to be mindful of how you use it.

You might also have to monitor your renal, liver and kidney functions especially if you end up using this supplement for a long period.

Caffeine is a very popular stimulant for obvious reasons. It has enormous effects on the body and especially the central nervous system.

It helps to boost one’s alertness and concentration and hence it is very useful for everyone who needs a clear head just before their workouts.

Caffeine also increases the metabolic rate in the body. It increases the breakdown of calories, and this will benefit you in various ways; as calories are being broken down, they will provide you with the energy you need to sustain you throughout your workouts and beyond.

Another benefit of a high metabolic rate is that it will also help you to lose some of the excess fat. It should be noted that the weight loss impact of caffeine in a supplement like this is not very huge.

The consumption of caffeine has been linked to some issues. According to the Brain Research Reviews, excessive use of caffeine can result in dependence on the compound.

The user may, therefore, experience some withdrawal symptoms when they stop consuming it. Caffeine can also lead to anxiety and insomnia.

ElevATP is a proprietary combination of apple extract and ancient peat. This blend is like creatine in that it promotes the production of Adenosine Triphosphate (ATP) thus enhancing energy and endurance.

This non-essential amino acid improves the production of nitric oxide (NO) in the body.

You already know that with more NO in the body your blood vessels will facilitate the efficient flow of blood to different body tissues.

This will not just help you to grow bigger muscles and get harder erections, but it will also keep you healthy and safe from other medical conditions.

Arginine is included in this supplement as Nitrosigine.

It is supposed to play various roles here such as stimulating the synthesis of protein, enhancing the metabolism of fat and releasing growth hormones. It also boosts pumps and endurance.

Consumption of Arginine can result in side effects such as nausea and feeling generally weak. These symptoms are likely to get worse as you increase the dosage.

After going through the ingredients discussed here, I have to mention that some very vital compounds are missing.

Talk of Bioperine, L-Theanine, Acetyl-L-Carnitine and several others. We also identified a few ingredients available here which we couldn’t really tell why they were included in the formula in the first place.

I believe replacing them with the other proven compounds would have increased the performance of Lit Pre Workout substantially.

I was also disappointed to see that the ingredients were dosed moderately.

This is a serious issue because when you are not consuming as much Beta-Alanine or Citrulline Malate as is required, then the results you will witness will be average.

I don’t know about you, but if I were spending my hard-earned money on some supplement, I would want to reap the best benefits out of it and not some ordinary results.

Side Effects of Lit Pre Workout

Most of the ingredients used in Lit Pre Workout have their unique side effects that I have already highlighted.

When they are all brought together under one blend, they are likely to cause some adverse reactions including:

I would also like to point out that the presence of caffeine is likely to cause a lot of complications especially if the supplement is abused.

In fact, most of the side effects reported by most users are attributed to the presence of this stimulant. It is vital that you avoid taking Lit Pre Workout in excess.

Also, if you know that your tolerance to the stimulant is low, you should consider using much lower doses to avoid complications.

Remember, your health should always be your top priority.

It really won’t matter how big your muscles grow if you are going to spend a long duration afterward nursing adverse reactions.

If I were to compare Lit Pre Workout to its predecessor, Savage, I would say that it is an improvement. And a good one I must say.

Unfortunately, I don’t see it making it to my top 3 list if I was to compare it against other pre-workout supplements.

In summary, Lit Pre Workout is a rather average supplement that will definitely deliver some results but nothing special.

I believe that you’ll be a lot better going for a more proven supplement.

My favorite pre-workout at the moment is Black Wolf. Fast acting, packs a punch but doesn’t keep you up at night and low side effects – what more could you want! Click Here to try Black Wolf today. 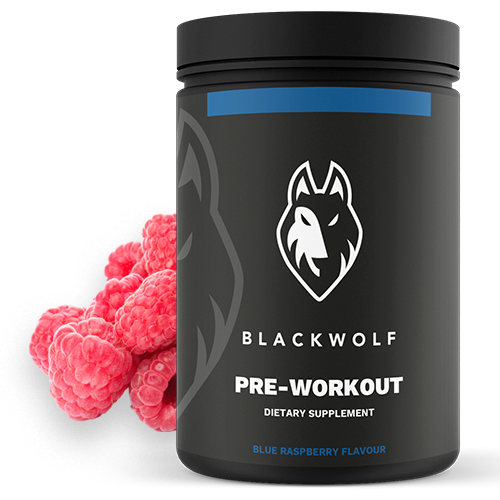 Here are some related articles you may also enjoy:

What is Bioavailability (Why is it Important to Bodybuilders?)